Tourism in a Sharing Economy

We made a significant distribution to the launch of the platform in 2009. During the early stages, development was provided almost exclusively by makandra. After a successful round of VC funding, a team of in-house developers was assembled in London. We worked closely with that team until 2015.

During that period we worked on many different aspects of the HouseTrip platform: Starting with the implementation of the frontend design, to the integration and provision of various API endpoints, the mapping of complex business processes, to the analysis of large data sets for TV campaigns. makandra was also responsible for operating the platform on continuously growing infrastructure.

Between 2009 and 2015 makandra delivered approximately 3000 person days to HouseTrip.

In three funding rounds HouseTrip raised 60 million dollars of venture capital. Among the investors were Index Ventures, Balderton Capital und Accel Partners. In 2012 and 2013 HouseTrip was voted Startup of the Year in Switzerland, twice in a row.

HouseTrip was acquired by TripAdvisor in April 2016. 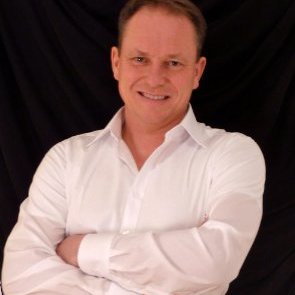 As we operate an online-only business, we are entirely dependent on doing a 100% perfect job on the technical side. This is why we appreciate makandra’s extremely reliable and high quality work. I look forward to our next projects together!
Dr. Stephan Wiesener
Co-founder & CTO (until 2015)
HouseTrip

In addition to our Ruby development services we designed large parts of HouseTrip's system architecture. We operated the platform between 2010 and 2014.

Several dozen application servers for various services were provisioned and configured on EC2. ELB was used to distribute requests, data storage was provided through RDS and ElastiCache, and DNS was managed using Route53. Millions of property photos were stored in S3 buckets and delivered through the CloudFront CDN. E-mail deliery was implemented using SES.

We were tasked with providing backups, security patches, and with monitoring the entire infrastructure using Icinga and CloudWatch. Our operations team was available to all developers for questions and issues.

Our services for HouseTrip